1.0 1 rated review Satisfaction analysis
What is your customer experience with Goldfinger?
Submit review

1.0
Rating Details
Customer service
Diversity of Products or Services
Price Affordability
Product or Service Quality
Value for money
Website
Close
Attacked by a bouncer who claims he is a manger. Broke my $1200 cellphone that was in the breast pocket of my suit. Directed a lot of racial slurs toward me. He stated I am giving his waitress a hard time for not letting her charge me $30 for a beer that I ended up paying $8 for during happy hour. This place has known reputation for credit card fraud. They're so many complaints against this place. I finally understand why. Thank You Pissed Consumer team for following up with me. Couldn’t respond to your email so I’m adding this update here: Goldfinger has not followed up with me. I wrote a countless amount of bad reviews. I contacted them several times, both by phone and email. They very well know who I am. Most of the time they divert me by saying the manger or no one is here to take my call. I ended up speaking to someone who can take a message a few times. They told me every time there’s nothing I can do about it, and laugh in my face and hang up the phone. Since then I deployed with the military, and became a disabled veteran. I have not went back to Goldfinger. 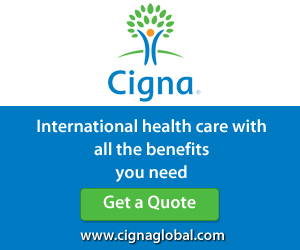 “My nephew called from the jail. I cannot hear anything I kept saying hello hello. He had to walk down to...“

“I RECEIVED A CALL FROM THEM AND I CALLED BACK, NOT FOR SURE WHO THEY WERE BECAUSE THEY DID NOT SAY WHO...“

“It was November 2 when i ordered the adamas powerbank 20000 mah iwas so excited to get it the delivery...“

“I ordered a suit through their SuitGiant.com website. They sent me the wrong suit in the wrong size......“