Luminess Air - I was scammed!

I saw a commercial on for Luminess on TV. It was very impressive.

You could try it for $29.95, so I called. The lady that answered said that I could even get it for $19.95! Unfortunately, I gave her my credit card number not realizing it would cost a lot more. When she kept rattling on about a lot of other things that I could get.

The next day I became uneasy about not knowing the real cost so I called to cancel and was told that the purchase had been cancelled. Despite the cancellation a couple of day later the Luminess arrived and my credit card is being robbed!

Comment
Helpful 27 Not helpful 0
AdvertisementsSome advertisers may pay us for this ad to appear on our website or provide us with a referral fee. Our content is free because we may earn a commission if you purchase products after clicking ads on our website.

Great Comment! Would You Like to Convert It Into Review?
You will be able to edit the text before publishing.
Convert into review Leave as comment
Terms of Service
I agree to TOS Cancel
PissedConsumer1701982 Jun 14, 2019 #1701982

Anonymous - after ALL these complaints why wasn't anything been done? I've been trying to cancel for a year now, but I cannot reach anyone., You can't even edit your information online!

Actually, you can't edit anything. It won't let you.

REALLY BAD CUSTOMER SERVICE!! And can't talk to anyone

I feel the same way as the people who wrote these reviews. It is very easy to join your club and then there is the major secret of how to change the frequency or how to quit the club membership.

Your program is very difficult to change anything. I just got a delivery of two silk cosmetics and I had purchased the same thing a couple of months ago and use it every day but there is no way I could possibly use it up and need more already.

If I remember, I will call tomorrow about canceling my membership. I sincerely hope it will not be a nightmare to do so. 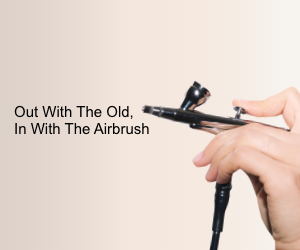 This is a horrible company. They don’t pick up the phone, they’re not courteous in anyway, and they continue to show lack of respect for people once people do finally get through to them.

They’ll say, “it was in the fine print” or “we tried calling and you didn’t pick up”. Have they no compassion or understanding.

For people working in the customer service industry they sure need some help learning how to treat customers!!! I am very sorry this happened to you m’am.

This is a scam!!! I am furious that they can get away with this.

Never did they say I would be charged recurring payments for stupid machine ... Part of "club" so they will be sending me two bottles of foundation every two months!!!! I never even had chance to tell them which color I preferred... After reading all reviews I wonder if worth fighting.

It's true when you call you will be waiting for a long time. Customer service said they would "resend" notification which explained the recurring payments...

I NEVER RECEIVED THE FIRST NOTIFICATION!!!! My sister is in exact same mess.

Reply
1 0
Select Reason
If you wish that your prior post be removed, submit a notarized letter
Cancel